In April 2022, malefactors leaked thousands of liters of diesel worth £250,000 at one of Britain's most heavily guarded military facilities. The thieves siphoned off the fuel for three weeks until they were noticed during an inspection. Now imagine how much easier it is to steal fuel where the level of security is much lower than in the British Navy.

Diesel and gasoline account for up to half of the costs of carriers and companies for which fuel is a related expense. Yet executives don't always know if their drivers are stealing fuel for resale. And those who are aware of the thefts often turn a blind eye.

However, because of the malefactors, companies can lose half of all the money spent on fuel. In addition, the situation may be exacerbated by economic and energy crises.

In this article, let's understand how some employees cheat managers, how to counteract this and save money.

How much companies lose on fuel theft

On average, logistics companies spend from 30% to 50% of their budget on diesel and other fuels and lubricants. At a price of 2,36 USD per liter of diesel fuel, the annual consumption for one car will cost more than 28 520 USD. Small carriers usually have a fleet of five cars and large companies have thousands of them. 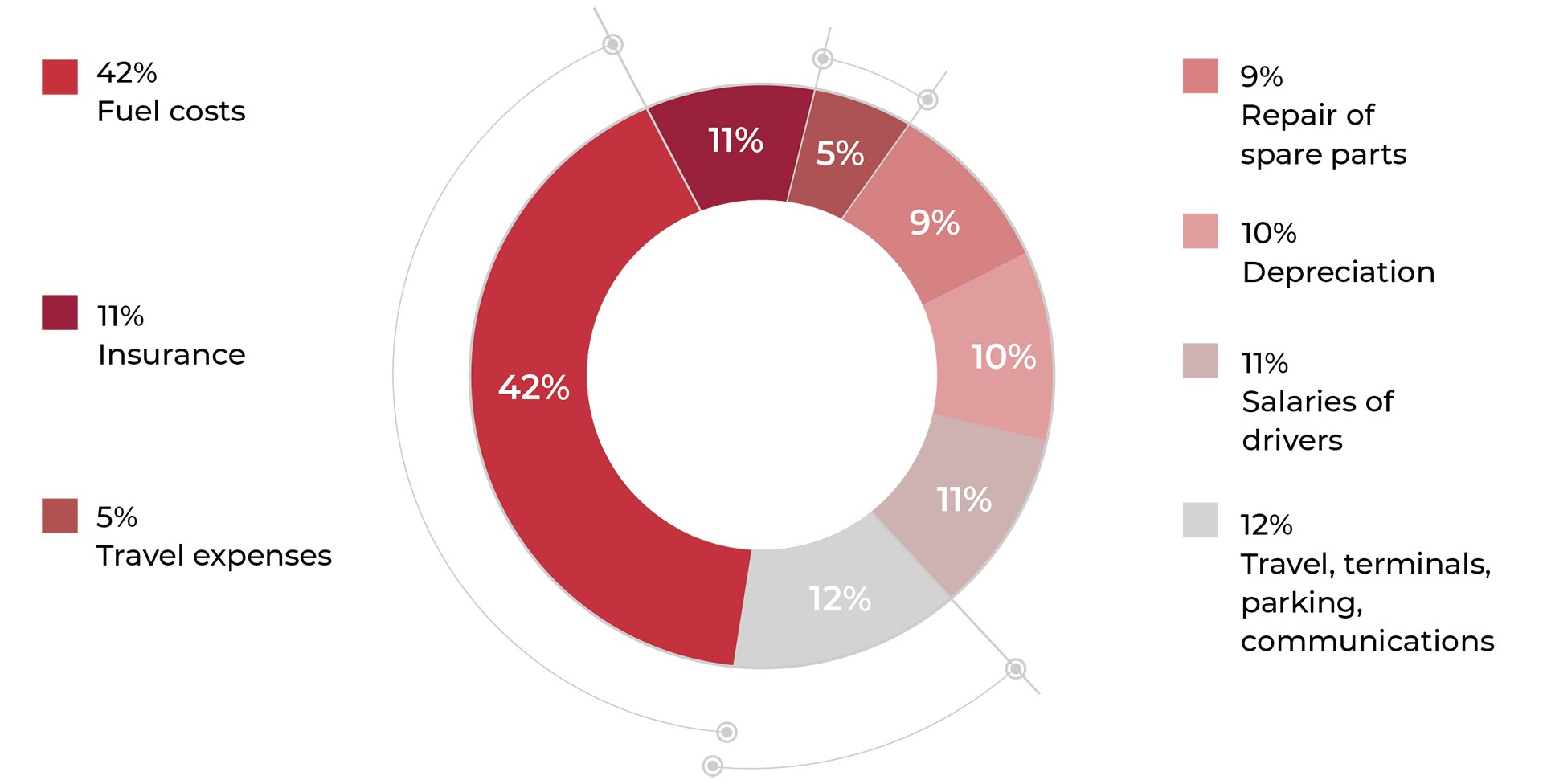 Now imagine that in addition to the fixed expenses there are unplanned. For example, it is not a secret anymore among carriers that drivers, mechanics and other employees often conspire to steal fuel, sell it and get extra income. On average, the company's losses due to intruders from one car total up to 5 626 USD a year - which means that half of all fuel expenses of the company go to waste, without the knowledge of the general director.

How the crisis aggravates fuel thefts

The situation in the economy affects companies too. Because of the energy crisis in Europe, the cost of diesel and gasoline will rise. Even though many countries switch to environmentally friendly analogues in the form of electricity or biofuels. The crisis generates higher prices, and CEOs have to think only about how to maintain profit growth in a difficult situation. 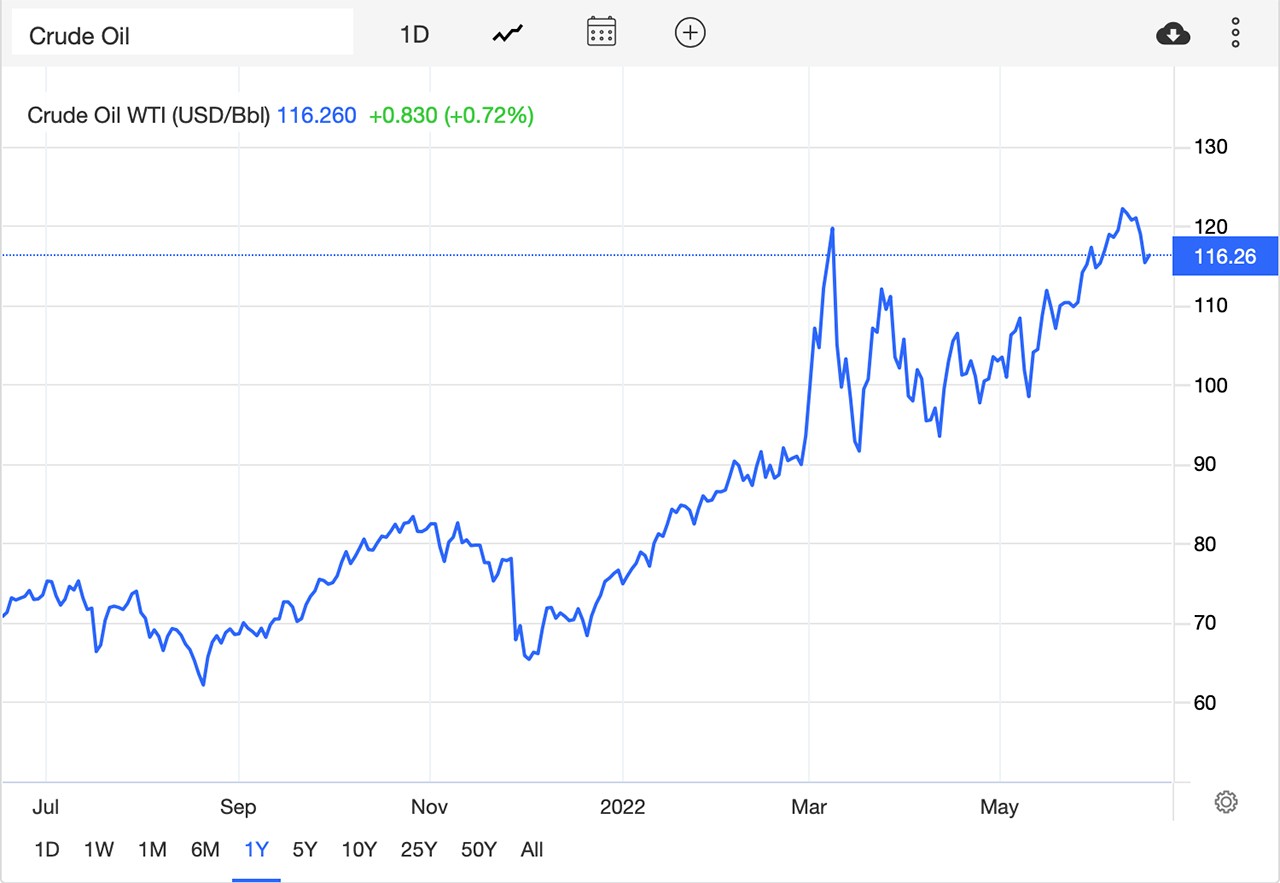 As a result, CEOs cut costs by the quickest and easiest ways such as cutting staff. But this is not the best strategy, because without drivers, mechanics, accountants and other employees the company can not grow in the long term. And it is not always possible to find out for sure whether a new employee will be a conscientious one.

Instead the company may choose another way - analyze business processes and calculate how much fuel is really consumed. It will help optimize routes for cars, which means faster delivery of goods and being more competitive.

Such analytics are especially useful for startups, for which fuel is one of the related items of expenditure. Thanks to analytics, young companies can save up to 30% on diesel and gasoline.

Eventually, end-to-end analytics will also help combat theft. The system will automatically collect data, and then the accountant will be able to verify them with the travel sheet and understand whether fuel costs converge or not.

Most types of theft can be divided into three categories and they are the same all over the world:

To drain the excess fuel, drivers fake the odometer or runtime meter data. Special devices are used for this purpose: correctors and programmers. When the data is "corrected," the drivers drain the fuel directly from the gas tank into a canister, and then sell it. As a rule they do it in off-hours or during the trip.

Dumping "from the back"

Slightly more complicated way than a direct drain. The fuel system is designed so that if some of the gasoline or diesel is not burned by the engine, it returns to the tank - and so on in a circle. Drivers can build a tee into this system, to which they connect a hose and drain the fuel. Dumping "off the back" is detrimental not only to the company's budget, but also to the car - because it creates a risk of fire.

To prevent drivers, gas station attendants, mechanics and other employees from having a reason to steal fuel, you can use three working strategies.

Often companies do not have clear rules on how to deal with extra fuel - this point is omitted to avoid conflicts, and asking your own employees not to steal can be quite unpleasant. But in such a situation, the managers themselves put their own foot in the door. Here the principle "what is not forbidden is allowed" is working for the drivers: there were no instructions from the management, so they can use the rest of the fuel for their own purposes. And sooner or later it can lead to the fact that the employee may organize the use of excess fuel on a permanent basis.

To prevent it, the company can create regulations and prescribe that to do to the driver with the remaining fuel. It is great if the company pays bonuses for surpluses, then there will be fewer reasons to steal and more incentives to be conscientious.

Strategy 2. Keep an eye on the traffic

There will be drivers who want to ignore the rules almost in any company. In this case, another principle comes into play - "trust, but verify".

To implement it, you can install GPS or GLONASS system on the cars, which will show where the car is at a particular moment. In this way it will be possible to define for sure if the driver was driving the wrong kilometers or in suspicious places.

Thanks to navigation systems, you can optimize the route so that the car was driven by the shortest route from point A to point B. And also it will help save on fuel costs.

Strategy 3. Keep an eye on the fuel in the tank

When the company knows what route the car was taking, it can indirectly determine if the driver was draining fuel or not. However, GPS or GLONASS will not give an exact answer if gasoline or diesel has been stolen. And if you ask uncomfortable questions to the driver, you can ruin the relationship or lose a valuable employee altogether.

The most accurate and reliable way to determine if there was a theft is to install a fuel level sensor (FLS) in your car.

Such a sensor works at temperatures from -60°C to +80°C, and measures the volume of fuel with an accuracy of 1%.

Besides, the device transmits data in real time - so the company will not have to send mechanics to the car to check fuel level in the tank. 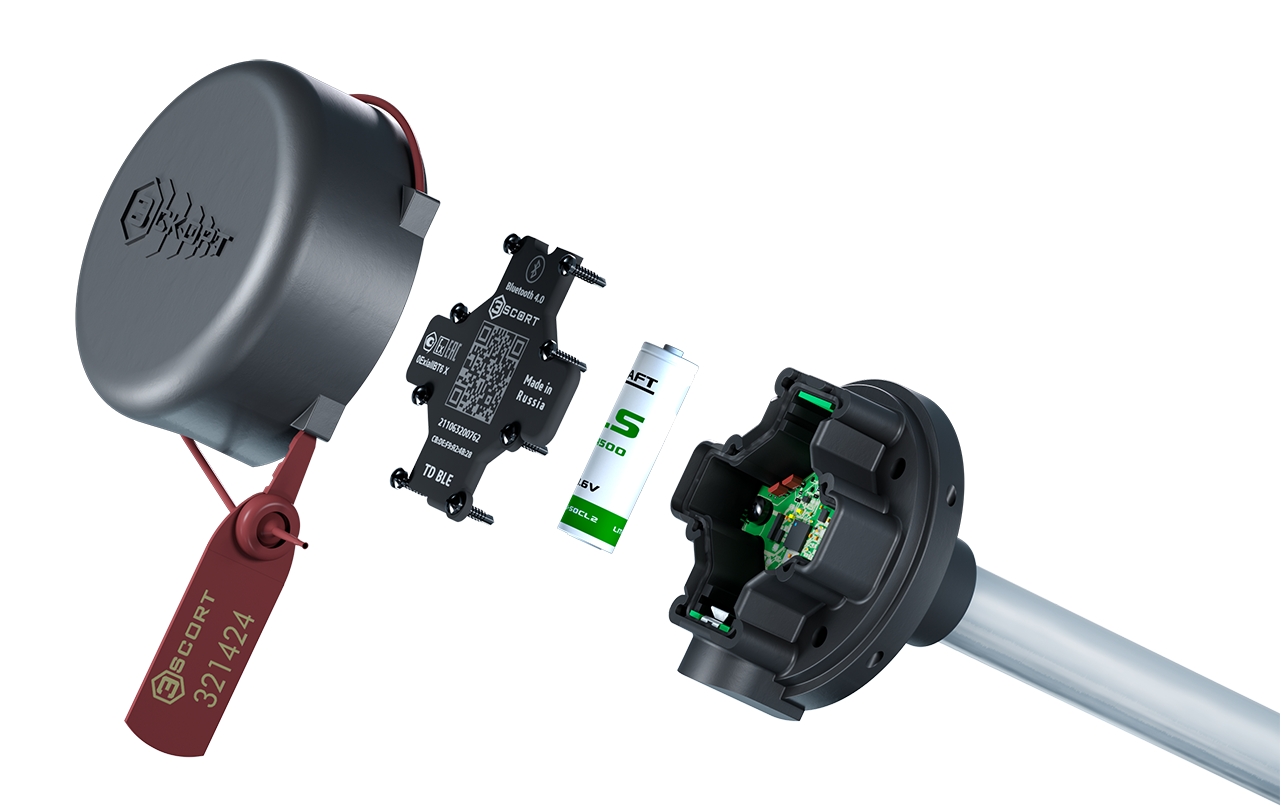 The Escort Group offers the Escort TD-BLE sensor. It works on wireless Bluetooth Low Energy (BLE) technology, thanks to which engineers do not need to lay wiring along the car body - just install the sensor in the fuel tank. Malefactors won't be able to damage the wires, and the company can save on installation costs.

BLE technology allows the sensor to work not only without wiring, but also without additional power. One battery charge will last for 7 years of operation of the device.

Bottom line: what to do to avoid fuel theft

You can endlessly trust employees and find excuses - but statistics show that due to thefts the company may lose up to half of the money it spends on fuel. Many mechanics, drivers or gas station attendants go to work with a notional salary of 562,6 USD only to cash in on it and sell fuel for 3 751 USD every month.

To avoid theft, you can pay employees for unused fuel, put GPS or GLONASS systems on cars, or install fuel sensors.

Despite misconceptions that controlling the driver or the route will not help, it is still worth trusting automatics. The latter method just exactly shows how much diesel or gasoline the car used, because the data from the sensor is impossible to fake. In addition, this data can be connected to end-to-end analytics and recalculate the company's expenses. By seeing where the company's money goes on a regular basis, the CEO will not have to cut marketing costs or lay off employees.